My father, Ralph Fletcher, passed away on November 25, 2017. In honor of his death I wanted to share this piece of writing.

The First Shave is the Closest


Girls know it when they get their first period. As a boy I was watching TV with my family when my sister suddenly stood up, blushing, and ran to the bathroom with my mother close behind. The bathroom door was shut for some time. When it opened, there was an expression on my sister’s face I had never seen before. She had been gone from the living room less than an hour, but during that time an utter transformation had taken place. My mother treated her with new respect, and even my father seemed uneasy in her presence.
That evening, and for several evenings thereafter, she and my mother held long, secret talks behind closed bedroom doors. This sudden female complicity left me with only one conclusion. Somehow, while I was watching Walt Disney on the tube, my sister had become a woman.
My transformation from boyhood to manhood was, in contrast, agonizing in its slowness. Even the slow swelling of my sister’s breasts seemed violent compared with the almost imperceptible deepening of my voice and elongation of my bones.
Still, slow as they might be, my physical changes were terribly important to me. Unfortunately they never built to a sufficient peak for my father to get involved the way my mother had with my sister. My sister and I were just two years apart, but while Mom was discussing moon secrets with Elaine, Dad kept his distance from me. This worried me. I wasn’t sure if I was growing up right or not.
Awkwardly, I grew through the early teens. In my sixteenth year a thin, hairy growth sprouted on my face; I was delighted when my father began to show interest in this sorry excuse for a beard. I began eagerly awaiting the day when I would get my first shave, though I was uncertain how this rite of passage would take place. Would my father give me a little booklet to read, as he had done with the Facts of Life? Or would it be something he would have to show me personally, maybe one of the few remaining rituals still physically passed down from father to son?
One spring morning my father motioned me into his bathroom and shut the door. His large presence filled the tiny room.
“I’ll shave first,” he told me. “You watch me and then you’ll have your turn.”
He needn’t have said that: I’d watched my father shave dozens of times before. The process had never failed to amaze me. To watch my father shave was to witness an almost mystical metamorphosis from beast to beauty. He began sleepy-eyed, hair in disarray, looking like a bear emerging from winter-long hibernation. Then he went to work. Shaving was a slow, leisurely process, but when my father finished his face gleamed like polished stone. He began with an exacting pre-shave ritual: washing his hands, lathering his face, rinsing it, and then covering it over with shaving cream. This makeshift Santa Claus had my father's voice.
“Now you let it sit for a minute so the shaving cream can go to work softening your whiskers,” he said. “You don’t want to rush a good shave.”
He shaved with long vertical strokes, eyes narrowed in concentration, mouth screwed up in a dazzling array of expressions—anger, pensiveness, surprise—to accommodate the razor. After finishing, he applied another coat of shaving cream and shaved a second time, this time with lateral strokes. Not a single beard stalk survived this checkerboard shave. Finally, he rinsed off and applied after-shave lotion.
My turn. Mine were awkward strokes; it felt like I was discovering the shape of my face for the first time. My father’s practiced hand had not left a scratch on his skin—mine was bleeding in several places by the time I had finished. He showed me how to plaster the nicks with bits of tissue paper.
I ended the ritual by splashing a generous amount of after-shave lotion on my face, and experienced for the first time the surprising sting of alcohol on my tender skin.
I have shaved many thousands of times since that first shave, and my father and I had a healthy share of disagreements. But I still follow the shaving ritual exactly as he first taught it to me.
Nowadays I often run into guys who brag that their fancy new razors give them the closest shaves they’ve ever had. As far as I’m concerned, that's just a lot of talk.
The first shave is the closest. Don’t let anyone try to tell you otherwise.

I stood beside the night river,
water flecked with dancing light.
A gleam appeared, a moon sliver,
suddenly: dark bird in flight.

I shot arrowed eyes after that bird
til silver tears obscured my sight
trying to glean unspoken meaning
held at the core of a bird in flight.

As I aimed my eyes, I thought:
This is what it means to die;
dark birdform winging, noiseless,
across a purple twilight sky.

Those still living left as archers
to watch that dim arrow at night
craning our necks to follow the going
until it finally moves beyond sight.
Posted by Ralph Fletcher at 9:34 AM 6 comments:

I got built ninety years ago by
sweating stinking swearing men.

For decades every kind of train
screeched on my back. No more.

Winters here can be pretty bleak
but wildflowers always come back.

Empty nests have a forlorn look
til the songbirds return in early May.

The swamp is quiet but soon frogs
will take up their monotonous chant.

My back remains unbroken but only
ghost locomotives rattle these rails.

From Ordinary Things: Poems From a Walk in Early Spring
Posted by Ralph Fletcher at 10:09 PM 5 comments:

Email ThisBlogThis!Share to TwitterShare to FacebookShare to Pinterest
Memory Loss

It’s not like losing a wallet,
or even your best friend.

Losing your memory is
losing yourself.

Each sentence Grandma speaks
makes me think of crossing a river.

She steps from word to word
until suddenly

she stops in the middle, disoriented.
Should she go back or keep going?

Mom takes Grandma by the hand
and helps her to the other side.

from A Writing Kid of Day: Poems For Young Poets
Posted by Ralph Fletcher at 9:18 AM 4 comments: 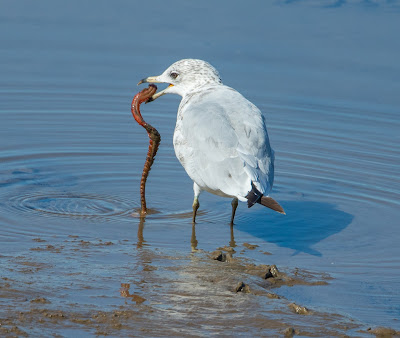 Weeds in the sunlight,
swaying in the breeze.

Weeds in my dreams,
weeds in outer space.

Weeds on vacation
but more staying home.
Sneaky little weedling
sprouting in this poem!
Posted by Ralph Fletcher at 8:33 AM 2 comments:


Alabaster neck
turns from graceful to lethal
in one violent SPLASH! 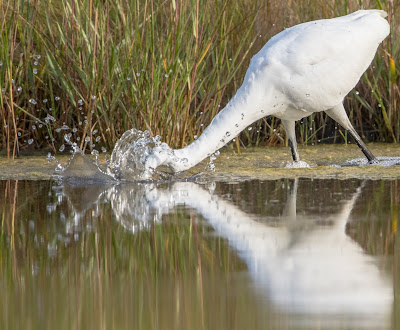 
Joined at the hip
pelican and reflection
swim in sky blue light. 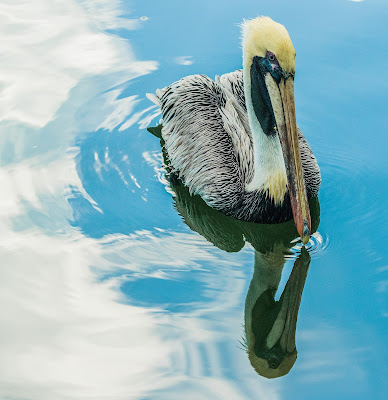